We use renewable energy sources for heat generation

By producing green energy, we contribute to the reduction of the carbon footprint of our industry

In actively contributing to Lithuania's international obligations to increase the use of renewable energy sources in energy production, as well as seeking to optimize the costs of production, the Grigeo AB group of companies have introduced modern biofuel boiler-houses for their own production processes, which almost completely supply them with steam/thermal energy, and allow them to burn their own industrial waste.

Biofuel use in the production of energy – wood chip products – are neutral with respect to carbon dioxide and a good renewable source of energy. Modern and technologically advanced biofuel boiler plants operate at a significantly lower cost in electricity, and their economizers control and reduce particulate emissions into the environment very effectively. These aspects are very important in environmental terms.

The first automated biofuel steam boiler was installed in Grigeo AB in 2011. By that time, the company's main fuel was natural gas. Nowadays, Grigeo AB generates heat in three boiler houses. In 2014, the company installed a 10 MW biofuel high pressure steam boiler with a 2 MW condensing economizer in one of them. It also has a natural gas-fired 28 MW steam boiler, which is only used as a backup in case of biofuel boiler accidents or technical needs.

The second boiler plant has a 17.5 MW biofuel high-pressure steam boiler, while the third one has a 3 MW rented biofuel, wood waste boiler to ensure a reserve capacity. The total installed thermal power is 58.5 MW.

We implement new biofuel boiler projects together with our long-term partner, Enerstena. In the Environmental Achievements competition held in 2015, a biofuel boiler with a condensing economizer and condensate treatment system designed and manufactured by Enerstena UAB was awarded as the product most favourable to the environment. This competition is organized every year by the Ministry of Environment, the Lithuanian Confederation of Industrialists, the Environment Management and Audit Institute, and the Engineering Ecology Association.

In 2014, the company implemented a boiler house modernization project in another company of the Grigeo AB group – Grigeo Klaipėda AB. During the project, Energijos taupymo centras UAB installed and integrated a high pressure 17.5 MW biofuel boiler with a 4 MW condensing economizer into the existing steam/heat production system, which generates additional heat for the company's needs.

All the biofuel boilers managed by the group of companies have very efficient economic and environmental parameters. 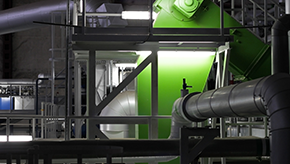 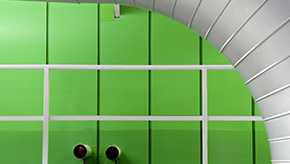 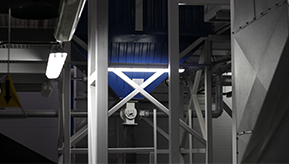 Heat for the city

The heat sector of Grigeo AB has technically and historically been associated with the Grigiškės residential district heating networks operated by Vilniaus Energija UAB, and Grigeo AB produced and supplied heat energy to this neighbourhood till 01.09.2011.

Starting from 01.09.2011, Grigeo AB only manufactured steam and thermal energy for its own needs and the needs of its group of companies. The company has been particularly active in strengthening its heating facility infrastructure and its technical base, thus actively contributing to Lithuania’s international obligations to increase the use of renewable energy sources in energy production and optimizing production costs.

In April 2016, the company resumed the supply of thermal energy to the heating grid of the city of Vilnius. On completion of the implementation of the connection project “Independent heat producers to the Vilnius heating network system project”, Grigeo Grigiškės AB and Vilniaus Energija UAB signed a heat energy purchase – sales contract under which the company undertook to supply energy for the needs of the Grigiškės residential district from April 2016. After Vilniaus šilumos tinklai AB took over the rented property from Vilniaus energija UAB, in March 2017 the heat energy purchase – sales contract was overwritten and signed with Vilniaus šilumos tinklai AB.

The company produces heat energy in a 10 MW biofuel station with a 2 MW condensing economizer built in October 2014 and has supplied it from an intermediate thermal substation building since 2016.